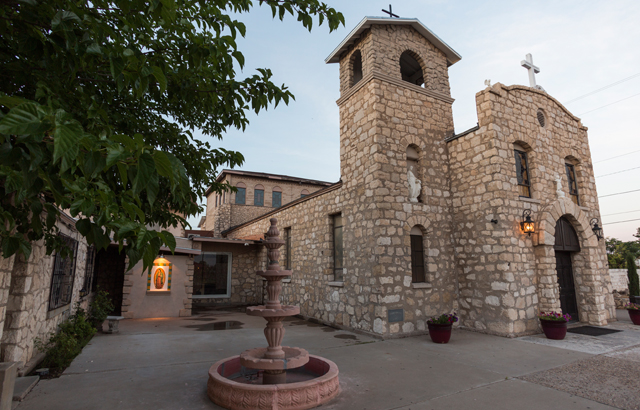 In 1889 Catholic religious services in Pecos began in a wooden chapel named Santa Rosa, after the Peruvian saint who was the first female saint canonized from the Americas.