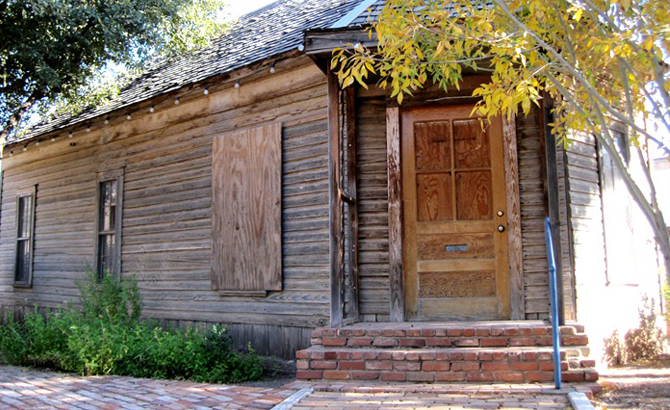 In its early beginnings of 1881 Pecos started as a Texas and Pacific Railway station. On the west bank of the river a settlement sprang up around the station house. Realizing that the permanence of a town was being established, the settlement relocated to higher ground—away from the flooding Pecos River banks to its present location.

The Mesquite House is thought to be the oldest building in Pecos. It was built by Peter Goodloe and was located on Second and Willow streets, but in 1975 the house was relocated to Centennial Park for the National Bicentennial celebration of America’s 200th birthday.