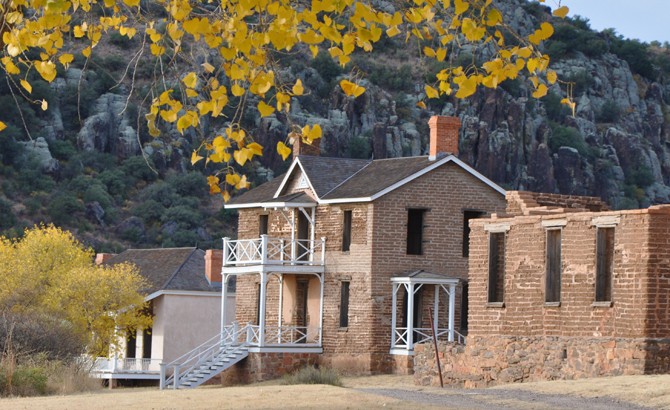 Ft. Davis National Historic Site is considered the best preserved of all the 19th Century frontier forts, and one of the best preserved "Buffalo Soldier" forts in the West. Military hobbyists and historians from all over the country visit the Davis Mountains specifically to see this site.

The fort served as a temporary refuge for thousands of emigrants, freighters, and travelers during the decade after the Civil War. Soldiers provided protection for the U.S. Mail and and settlers of the area. It was active until 1891 and declared a national historic site in 1961 by the federal government.

The 523-acre grounds are well maintained and thoughtfully restored with interpretive and historical displays. Three hiking trails climb from the fort, with two links to the hiking trail at Davis Mountains State Park.